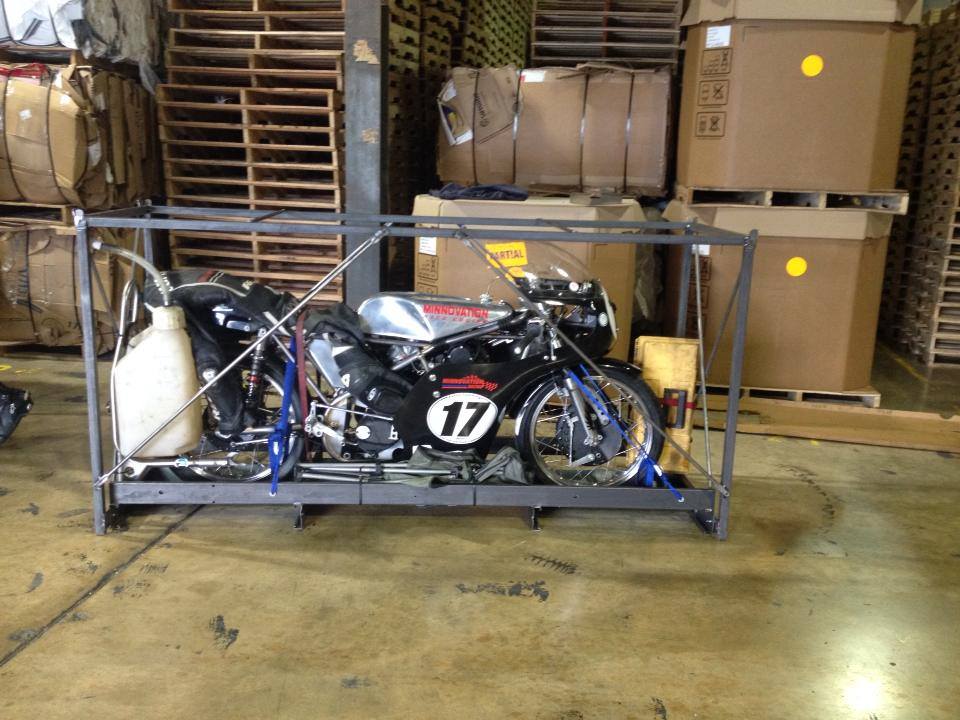 We’ve been tardy at posting one of the biggest announcements in our racing times… the invitation to compete in the Island Classic at Phillip Island, Australia, January 24-26, 2014.  The Australians have graciously extended their hand to a select few Americans, inviting them to compete in this huge event, and we are most flattered to have been included.  There are 2 groups of American racers heading over; a West Coast group headed up by Dave Crussel, and an East Coast group, arranged by Bob Coy (USCRA).  Our little sub-group – Dave Roper, Maurice Candy, our filmmaker friend Don Lange (who will be capturing the whole event – more on that in another post later), and me (Kenny Cummings) – will be departing from New York, flying into Sydney, doing a bit of sight-seeing, then meandering our way down to Phillip Island.

The Aussies are a tough lot – competitive and fast – and most of their bikes are running on Methanol with very high compression numbers,  so we’re at a power disadvantage right off the bat.  Regardless, we’re all up for the challenge and will be kicking as much butt as we can muster.  And if not… well then a trip to the beach might make it just right.

Here’s a youtube vid of Richard “Midge” Midgly wrapping up the crate of our Seeley G50, preparing for its packing within the East Coast group’s container:

This vid was filmed last November 2nd, and the boat has already arrived in Melbourne and been unloaded, so the bike is there awaiting its pilot.