Up on the bench for the last while has been a project very near to us – the first NYC Norton racer.  The bike started life as a mild-steel road-going Featherbed-framed ES2, and after several years of development and upgrades, became the 750cc beast that propelled Kenny to his first BEARS championship in 2007.  It was sold to finance the first Seeley.  The new owner commissioned us to build it back to its former glory, and then some.  Good to have it back, even temporarily.  It is still the benchmark on building up a competitive vintage racer using most of its components found on production street bikes. 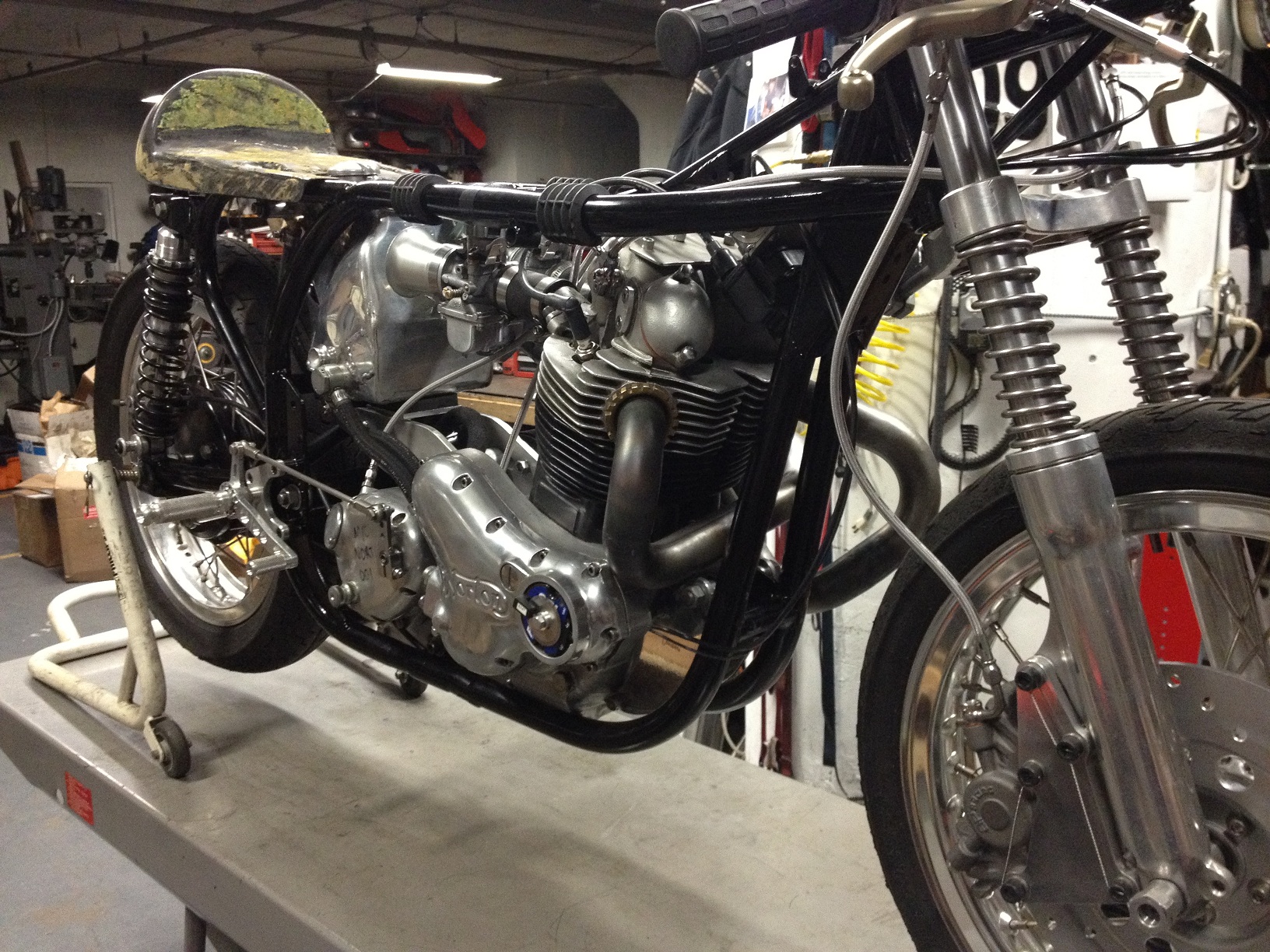 The bodywork is out for paint, and there are a few loose ends to tie up, but it’s 90% home.  There will be a blog update with all the specs, mods and changes in the near future.