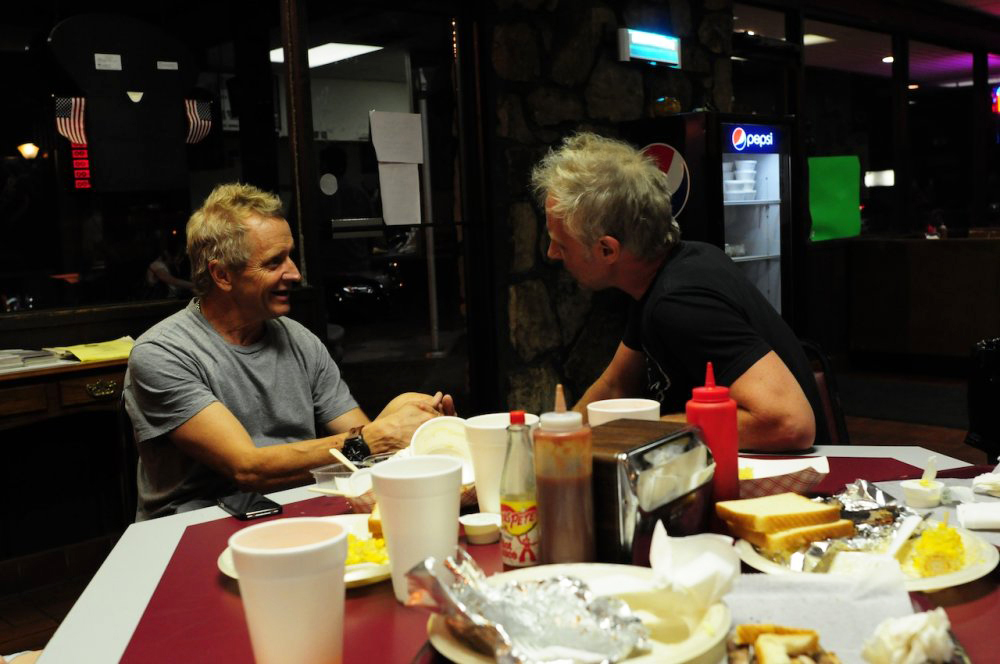 The 2011 Barber Vintage Festival was without question the biggest racing event I’ve ever taken part in.  Supported by Jamie Waters and Bellmouth Racing, our paddock played host to a group of Kiwis that made their way around the world with their pukka 500 Premier bikes, headed up by legendary tuner Ken McIntosh, who provided a very fast Manx Norton with the familiar #34 emblazoned on the side for world-champion Kevin Schwantz to lead the way.  Although it was a busy weekend for all, every once in a while I’d look up from what I was doing to have Kevin poking his head in, making comments, and being a good bloke.  I’ve been around a few celebs, and he was the best of the best; so generous and sincere.  We had some great chats, some good racing discussions, and best of all, we were able to spend a little quality time with him off the track.  Here we sit in Rusty’s BBQ, in Leeds, AL, after quite a feast.  This intense discussion was Kevin asserting that the Peanut Butter pie was far superior to the Banana Creme.  And who am I to argue?

Free Shipping on all NYC Norton products within the US! (Rest of world free shipping on orders over $1000)
0%
Go to Top